Today I would like to welcome, Children's Author, Allyn Stotz to my blog for the week. 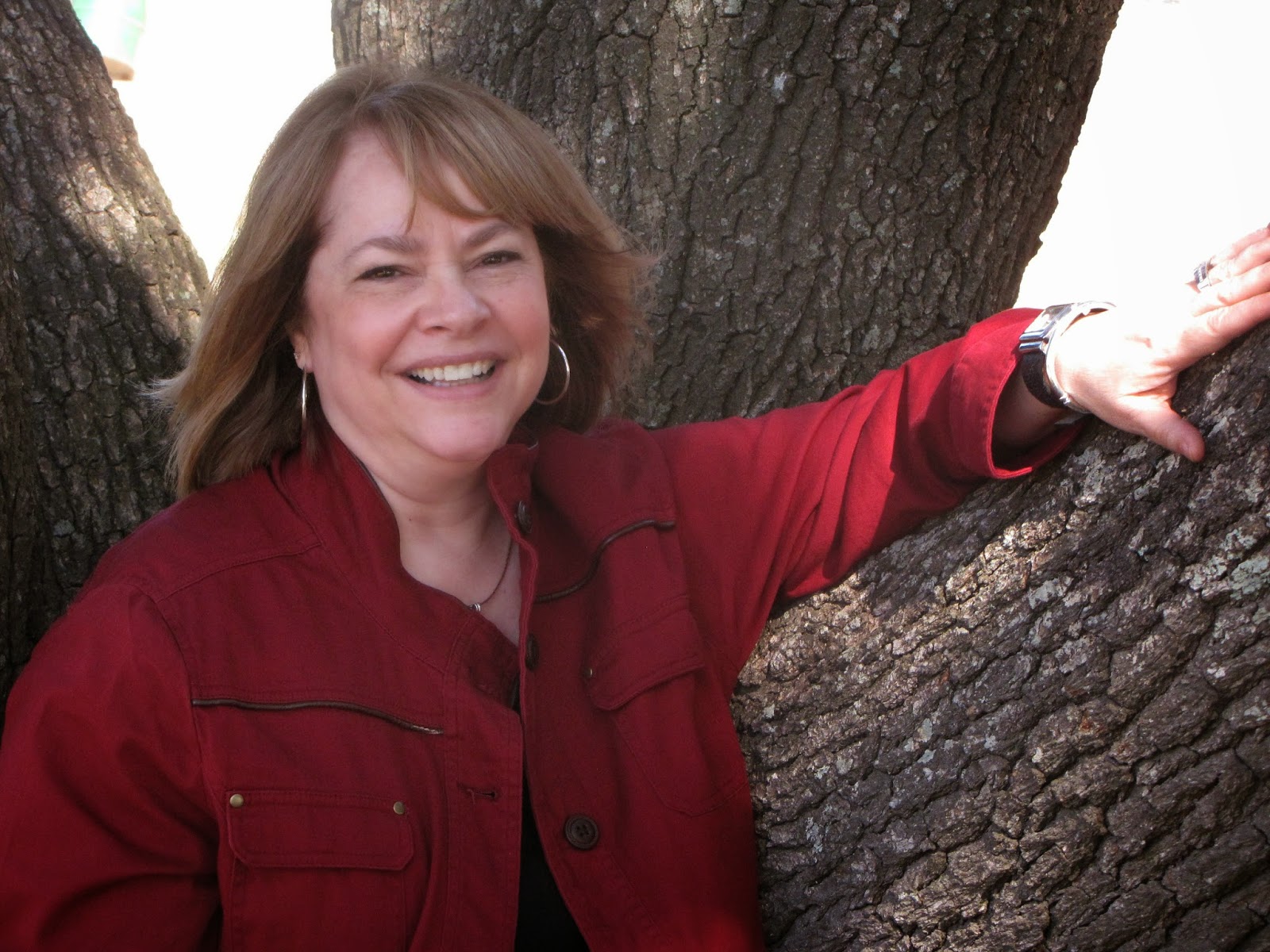 Allyn came from a family of writers. Her father wrote and owned the town newspaper in Edgerton, Ohio and her mother wrote a weekly column. One of her sisters is a freelance editor/writer in the commercial industry. Watching Allyn’s journey to publication convinced her sister and her 85 year old mother to team up and write a novel of their own. They were published in 2012.

She is a graduate of the Institute of Children’s Literature and a member of the Society of Children’s Book Writers and Illustrators. Allyn has also recently been added to Futureword Publishings permanent staff where she helps out with administrative duties.

Allyn lives in Baton Rouge, La with her husband, two crazy dogs and one fat cat.

I had Allyn answer a few questions so that you could get to know her a little bit. She is quite the character, so sit back, and enjoy.

1.         Can you tell us a little about yourself?
Well I hate to bore your readers right off the bat but if you insist! I was raised with my two older sisters and younger brother in the small town of Edgerton, Ohio. One day when I was 15 and desperate for a boyfriend, my sister’s boyfriend paid a boy named Brad one dollar (best dollar he ever spent!) to walk me home from school. I later married that boy (going on 34 yrs now) and we now live in Baton Rouge, LA. I didn’t begin my writing career until about five years ago. Sometimes it takes me awhile to wake up! But I finally did and have discovered that my passion is in writing children’s picture books.

2.         What are you currently working on?
I’m currently working on my first attempt at self-publishing a picture book titled The Color of Love. I’ve chosen a local illustrator in my writing group so we are having lots of fun going over the illustrations. She is doing a great job and I can’t wait to see this book in print. Courtney knows how long I’ve been working on this one!

I’m also in the process of getting another picture book, Hippo Bottomless published through Futureword Publishing. I’ve seen the first draft of illustrations and hopefully it will be out the end of this year or early 2015.

And I’m always working on a new picture book so that never stops!

4.         If you could meet any author in the world, who would it be? Why?
Oh I don’t know, there are so many great authors out there! I guess I’d really like to have a sit down chat with JK Rowling. The first question I would ask her is, “What’s it like to get a big royalty check?”

5.         What advice would you give someone just starting out?
Do your research. Find out what type of book it is that you want to write and for what age group. Without knowing that, you’ll probably just go round and round and chances are you’ll have a tough time finishing a story. Once you discover that, find out all the rules and guidelines for writing in that genre and do it right. Polish up your story to the best of your ability, get others to critique it, and spend the money to get it edited properly. Then begin submitting! You can’t fulfill your dream of being published if you don’t submit first!

6.         What would you say is the most difficult challenge you’ve encountered with your writing?
Definitely marketing the book once it’s published. I am having serious problems with this as I have always stunk at selling anything. I cringe at the thought of being pushy or asking anyone for money. But I’m getting better and someday I’m hoping it will pay off. I just want to get my books in mother’s or father’s hands and in their children’s imaginations!

7.         If your life had a theme song, what would it be?
Oh my gosh, you’re going to laugh but I think it would be Carrie Underwoods song Before He Cheats. I want my husband to hear those words over and over in his brain and know that I will key his beloved 1939 Ford if he ever tries that on me! Plus, it’s just a fun song to sing. 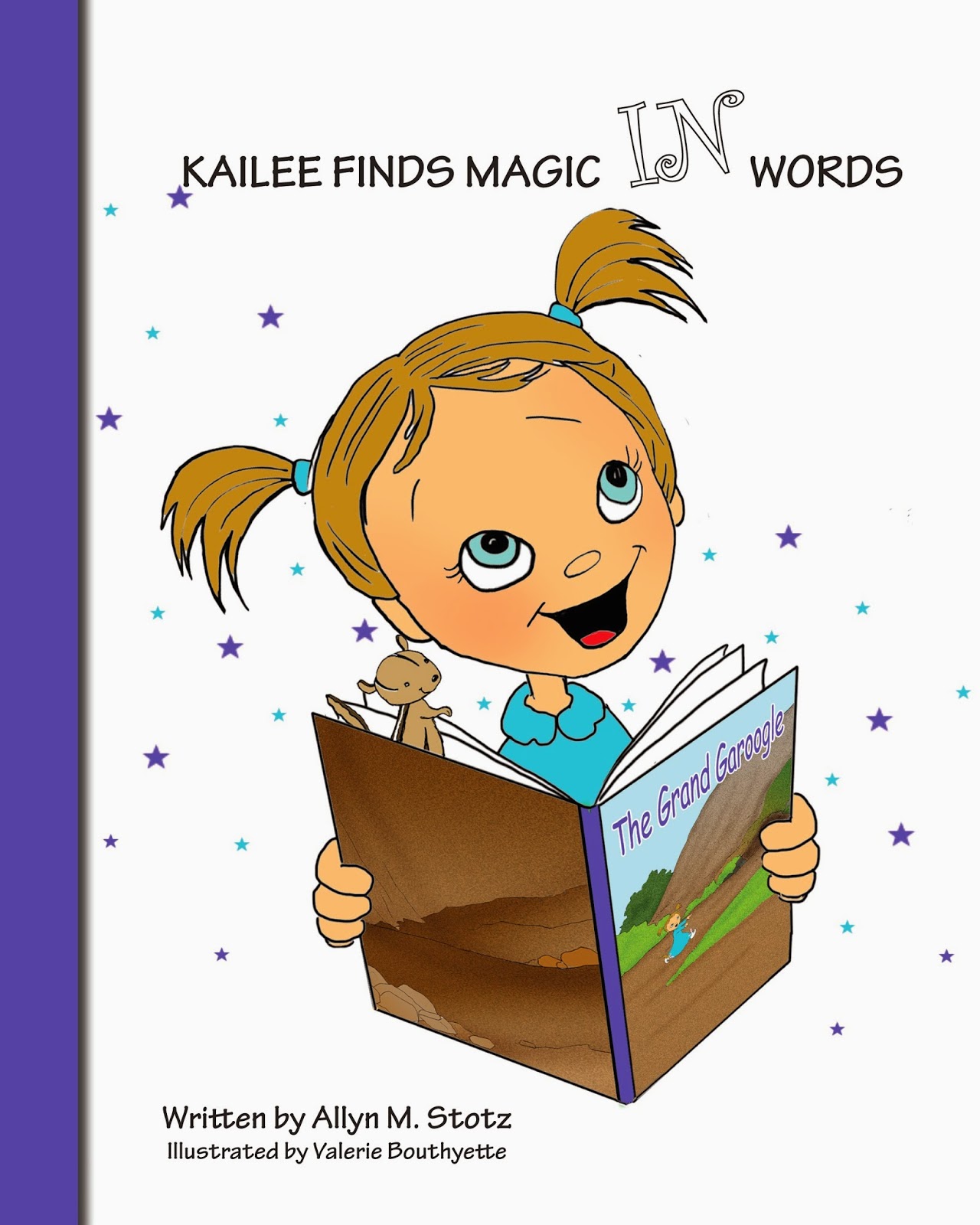 Kailee doesn’t like to read. But, when her mother forces her to practice reading, she discovers that words can take you on all kinds of magical adventures!”

As an added, FYI, this is book two of Kailee's world.  If you haven't checked out book 1, THE PEA IN PEANUT BUTTER, you should.  It's fantastic.  You can find that:  Here

For those interested, here are some links for you to find her latest release:

Posted by Courtney Rene at 8:09 AM