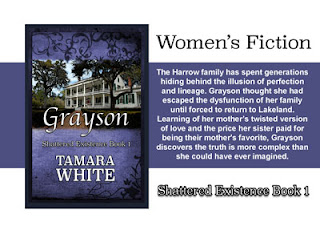 Welcome to another week at the blog.  I'd like to welcome Author Tamara White to my blog with her new release, Grayson.
As part of the blog tour, Tamara will give a digital copy of  her new book, Grayson, to one randomly drawn commenter. Therefore, please play along.  Drop us a hello or a comment.  You never know what you may win. 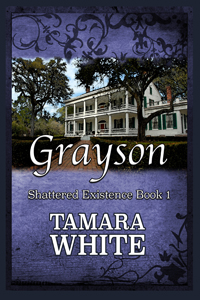 Grayson is a book about family history, secrets, and rivalries. Families can be complicated enough, but if you mix in race and egotism they become even more so. Grayson explores the connections between mothers and daughters and what daughters don't know about mothers and mothers don't know about daughters. Each character is keeping explosive secrets in this story, from who is whose father and who is actually related to whom and, more interestingly, why the characters are so at odds.

I can't say I enjoyed this book, but I was awed by the Ms. White's ability to make her characters come right off the page. She is a hell of a writer. It was well worth the read for the people in it.

TAGLINE
Unable to shake off her past and the destruction colorism played in her childhood, Grayson returns to Lakeland in an attempt to reconcile her past.

BLURB
The Harrow family is a family that has spent generations hiding behind the illusion of perfection and lineage. Grayson thought she had escaped the dysfunction of the Harrow Family until the shock of an unplanned pregnancy forced her to return to Lakeland. Grayson must confront her color struck mother, Vivianna, about her childhood at Lakeland and the real reason why her biological father was never apart of her life. Grayson learns how twisted her mother’s version of love is, and how the truth is more complex than she could have ever imagined. Her husband David is there to support her every step of the way, and when Grayson reconnects with her sister, Gigi, she learns the price Gigi paid for being their mother’s favorite.

EXCERPT
Grayson took a moment to soak up the quietness of the afternoon before they headed inside. The country air tickled her nose. Grayson had forgotten how clean air could smell. The sweet smell of the honeysuckle lingered over the slight breeze and settled her stomach as it occupied her lungs. She enjoyed how the crisp air danced on her skin, and brushed away the city of Boston's lingering aroma. Grayson turned her eyes towards the estate she had grown up in, and saw Lakeland in a way she never had before.

The unusually harsh winters over the past few years had abused the hand-made clay shingles and caused a distinct discoloration. The landscaping was neat, but not kept to the same standard it had been when her grandfather was alive.

Grayson knew her grandfather would have never allowed the forsythia bushes to expand and move about the grounds freely. He would have demanded the gardeners control the beautifully bright yellow shrubberies and conform them to the Harrow standard. Wild is for the wilderness, Grayson's grandfather would have said. Grayson smiled at the absence of the ancient oak tree she'd fallen out of when she was ten. The enormous oak tree with the giant knock hole had shaded her bedroom, and helped her sneak out when she was sixteen to Elizabeth Brownsworth's end of the year party. The white washed bricks demanded a thorough cleaning, and the cliché, Gone with the Wind pillars pleaded desperately for a fresh coat of cloud white paint. Lakeland looked miserable. It was as if Lakeland knew her final chapter was already written.
"Lakeland is really showing her years." Grayson stared at the midnight black, heavily ornate front door with the bulky lion head doorknocker, and equally obnoxious doorknob she swore she'd never enter again, every time she walked out. Grayson picked up her laptop bag and started her pilgrimage towards her past.

"Relax," David whispered from behind her. "Everything is going to be fine."

Her mother, Vivianna, opened the front door and stood in the archway like a Grand Duchess impatiently awaiting the arrival of her audience. "Grayson, put the bag down!" she snapped in an egotistical tone. "We don't carry our bags. We have them carried. Has city life caused you to abandon your upbringing? Ladies of means do not carry bags."

Five seconds. That's how long it took Grayson to go from a strong, accounting firm executive, to the shy, chocolate-skinned, frizzy haired, correction-shoe girl of her past.

"Mother," Grayson retorted in the stiff flat tone she reserved for addressing Vivianna. "So nice to see―"

"Never mind all that." Vivianna motioned them towards the front door. "Inside quickly. No need for some of us to get any darker than we already are, darling." Vivianna paused in the foyer to admire her creamy beige skin in the mirror before entering the sitting room. She never passed on an opportunity to admire what she perceived as her greatness. "Grayson, I don't see how you're able to endure. I don't know what I would do if my skin was permanently darkened by the sun." The physical differences in Vivianna and Grayson went beyond skin tone. Vivianna was thin in stature. She never had an issue maintaining a hundred and ten pounds on her five foot three frame. Her nose was narrow, her lips thin, and her eyes were almond shaped. People, mostly women, assumed her green eyes were fake, but they were indeed real. Vivianna was everything a color-complex struck Black man found irresistible. She was their must-have. Grayson, on the other hand, possessed curves for days, full lips, and a round face with a button nose to match her high cheekbones. She had the type of body hip-hop artists paid homage to in their lyrics, minus the chocolate-colored skin.

"Come, Grayson ... sit. I want to know how things are going. Was the flight enjoyable? I hope you flew first class. I've heard people in coach can have an odor to them."

Grayson rolled her eyes behind Vivianna's back. And so it begins... 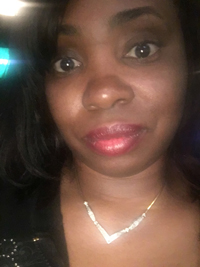 AUTHOR BIO:
Tamara White is married and lives in Illinois with her husband, children and dogs. She enjoys photography and reading.