Dragons Of The Ice, by C. L. Kraemer

As I am busy creating for my readers, I have decided that the next few weeks I will be featuring a few new release novels.  I hope you will check them out and let me know what you think.

This weeks feature will be: 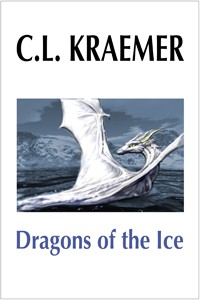 Title: Dragons of the Ice

Unexpected dragon shiftings have increased since the conference in China. More deaths being covered up inexplicably sends Lee Svensson to Japan to investigate from the Swedish Embassy. Why is it World Watch, Inc., a marketing company, is always on site when a shifter dies? Lee is charged to find out. When the husband of his wife’s best friend discovers an account he is managing, World Watch, Inc., is manipulating oil companies by buying up all available stocks, the two realize their paths are the same. Now that their wives have announced the impending births of dragonlings, it is imperative the men solve this riddle. An American dragoness shifter and former full blood warrior dragon will prove courage comes in all sizes.

A Current REVIEW for this novel by Jeffrey Ross:

Dragons on Ice is epic in scope-- and its global vision and cinematic presentation will remind readers of a James Bond film. The author works on numerous current modern themes, including the influence of big oil, political manipulation, and the intricacies of marital relationships. Readers will learn a great deal about the classes of shapeshifter dragons which robustly populate the earth, including their history, mating rituals, and birthing practices. Yes, there are many wing-flapping flying scenes and numerous spouts of flame images. The bad guy is a most-villainous creature who pits himself against the decent shape shifters just trying to get along with the "two-leggeds." A fun read combining fantasy and political intrigue!

The flight to Tokyo was tedious and Lee Svensson was not a good traveler. Airplanes exacerbated his claustrophobia, and the air turbulence upset his stomach. He disembarked with the passengers heading into the terminal. It never ceased to amaze him how polite Japanese travelers were. The walkways, while crowded, found the citizens accommodating to one another and foreigners. Lee located his luggage at the baggage retrieval. A close by kiosk offered instructions for the second leg of his journey. He purchased a rail ticket to Sapporo and flagged a vacant taxi willing to take him to the station. After settling in his window seat, Lee opted to close his eyes and allow the gentle movement of the bullet train lull him to sleep. There were two changes to make before he reached his destination far to the north of Tokyo in the Hokkaido prefecture.

This was his first trip away from Olga since they'd wed before the spring conference. If there hadn't been so much evidence against the target, he would've passed off this assignment to another. The nature of the investigation, however, required his presence at the offices in Sapporo.

She smiled, a shy affair showing a small dimple in her right cheek. "You're welcome, sir."

Lee rose from the seat and stretched his muscles. He was facing one more transfer then eight hours of sleep. His meeting wasn't for two more days, but he felt the need to be rested. He'd be glad when he could stop moving and call Olga. She'd been acting very odd before he left yesterday. Was it just yesterday? He shook his head realizing his sense of timing had flown out the window after several time zone changes.

The second transfer was quickly accomplished as Lee settled his briefcase next to him. Safely ensconced in his seat on the final leg of his journey, his eyelids began to drift toward his cheeks.

The ring of his cell phone startled him awake.

"Hello? Olga! Good heavens, what time is it there?"

He listened to the voice of his lifemate, feeling tightness in his shoulders disappear. His lips slid into a smile and he stretched his legs before him.

"I know, my love, but just put up with her while I'm gone. She is, after all, the one who promoted you to the council and encouraged them to use your work."

The countryside was giving way to homes. Lee straightened and started checking around his seat for anything he may have left.

The sound must've been distorted by such a long distance.

"Olga? Let me call you back. We're at the final station, and I need to get to my hotel room. I'll be able to hear you better from a landline. Okay?"

He sensed she wasn't thrilled but clicked off his phone knowing she would wait for his call. Lee made his way to the hotel and his room.

Showering away two days of travel, he reveled in the hot water sluicing down his body chasing away the aches and pains of sitting for so long. Over-sized, terrycloth towels specifically set out for him as per his reservation request, warmed and relaxed the remaining weariness from his bones. The urgency to sleep was exerting power over his need to speak to his wife. He shook off the need to sleep. He'd better call Olga or she'd worry unnecessarily.

Once he'd gone through the hotel's phone exchange, he waited on the bed as the phone rang at the other end.
"Hello?"

Finally. "Hi, sweetheart. I couldn't quite hear everything you were saying while I was on the train. Now, what did you want me to know?"

He sat listening to his wife relay the news to him. This changes everything.

"I think we best talk seriously about this when I get home. I'll be here for at least a week following up on a… situation. The outcome here will determine my next assignment. I miss you, Olga."

"I miss you, too, Lee. Be safe. If this has anything to do with the events at the spring meeting, I want you to promise me you'll be especially vigilante."

Stunned, he crawled beneath the covers depositing the damp towel on the chair next to the bed. Before he thought to turn out the light, his eyes betrayed him and closed.

Lee Svensson was sound asleep, the worries of the coming day temporarily forgotten.

A traveler for most of her life, C. L. Kraemer has settled in the Northwest with her husband and two cats. When not creating a new world or entity, she likes riding next to her husband on their Harleys.

If you would like to check out other books by this author, you can find a listing here: C. L. Kraemer Author Page on Amazon

Quick Links to Amazon for all the books in this series (so far):

Posted by Courtney Rene at 6:43 AM